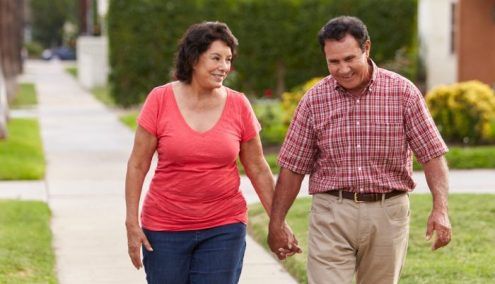 PlaneTree Health Library guides the public to accurate, trustworthy, and free health and medical information. We believe that informed patients are able to partner more effectively with their health care professionals. Being informed and aware also empowers people to take better care of their own health, the health of their loved ones, and the health of their communities.

The links on our website and our Resource Guides for Later Life are chosen by our librarians from the most trustworthy not-for-profit sources, curated to provide accurate and appropriate patient and consumer health information. Our online resources have a special focus on the health care concerns of people in our local communities (Santa Clara County / Silicon Valley, California) but many are universally relevant. All of the information on our websites can be accessed free of charge..

Planetree Health Library is a 501(c)3 nonprofit organization, and is not affiliated with any health care company. We appreciate your trust in us as an independent resource for reliable health and medical information. Planetree Health Library has never charged the public for our services; instead they are funded by community members who value the information it makes available. Please help support our work by making a tax-deductible donation and/or by participating in the AmazonSmile program.

Our commitment to our communities in the South Bay:

Disparities in health care, and the history of systemic racism in the United States, are among the greatest dangers to our communities and to our own health. PlaneTree Health Library has always worked to end those inequities by increasing access to health information for Black, Latinx, Indigenous, Asian, Pacific Islander, and marginalized communities and individuals. In these times of protest that Black Lives absolutely do Matter, PHL reaffirms our commitment towards health care equity and inclusion.

PlaneTree Health Library services in the South Bay are affiliated with the international Planetree Alliance, which first began in San Francisco in the late 1970’s. Planetree’s patient-centered, patient-empowering approach to care was a remarkably maverick idea at that time, and our PlaneTree Health Library was the second public, patient-focused library affiliated with the Alliance. Initially sponsored by San Jose Medical Center, its doors opened in San José in 1989.  Library collections were housed in a lovely Eastlake Victorian near downtown San José. Invaluable health information and compassionate, personalized assistance was offered in Spanish and Vietnamese as well as English. Patrons researched their medical concerns in a collection that soon became quite extensive in both breadth and depth.

For nearly two decades, we relied extensively upon support from sponsors and various government and corporate grants in addition to donations from patrons. PlaneTree Health Library was a program of The Health Trust from 1996 to 2002.

PlaneTree Health Library a has been an independent 501(c)3 nonprofit relying on community support since 2007. A 2008 grant from the California State Library funded an initial partnership with the Santa Clara Library District, and from 2011-2017 our library reference services were housed at the Cupertino Public Library. 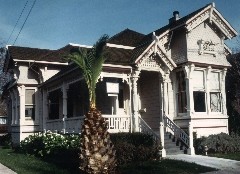 Information services have changed drastically in the last three decades. When PlaneTree Health Library first opened in 1989, patients and consumers had limited access to health information — today’s biggest challenge is to identify the best health information within a flood of online search results. In 2017 our Board of Directors decided to build an all-online library, where expert librarians collect the most trustworthy free and accurate links and arrange those to meet the needs of people in our communities.

These PlaneTree Health Library online collections are available 24/7 to those who need them: 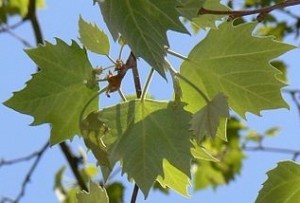 European relatives of American sycamore trees are called plane trees. In ancient Greece, the father of Western medicine would take his students outside on pleasant days to study under the shade of one. To honor Hippocrates and nature’s healing influence, founder Angelica Thieriot named the organization “Planetree.”